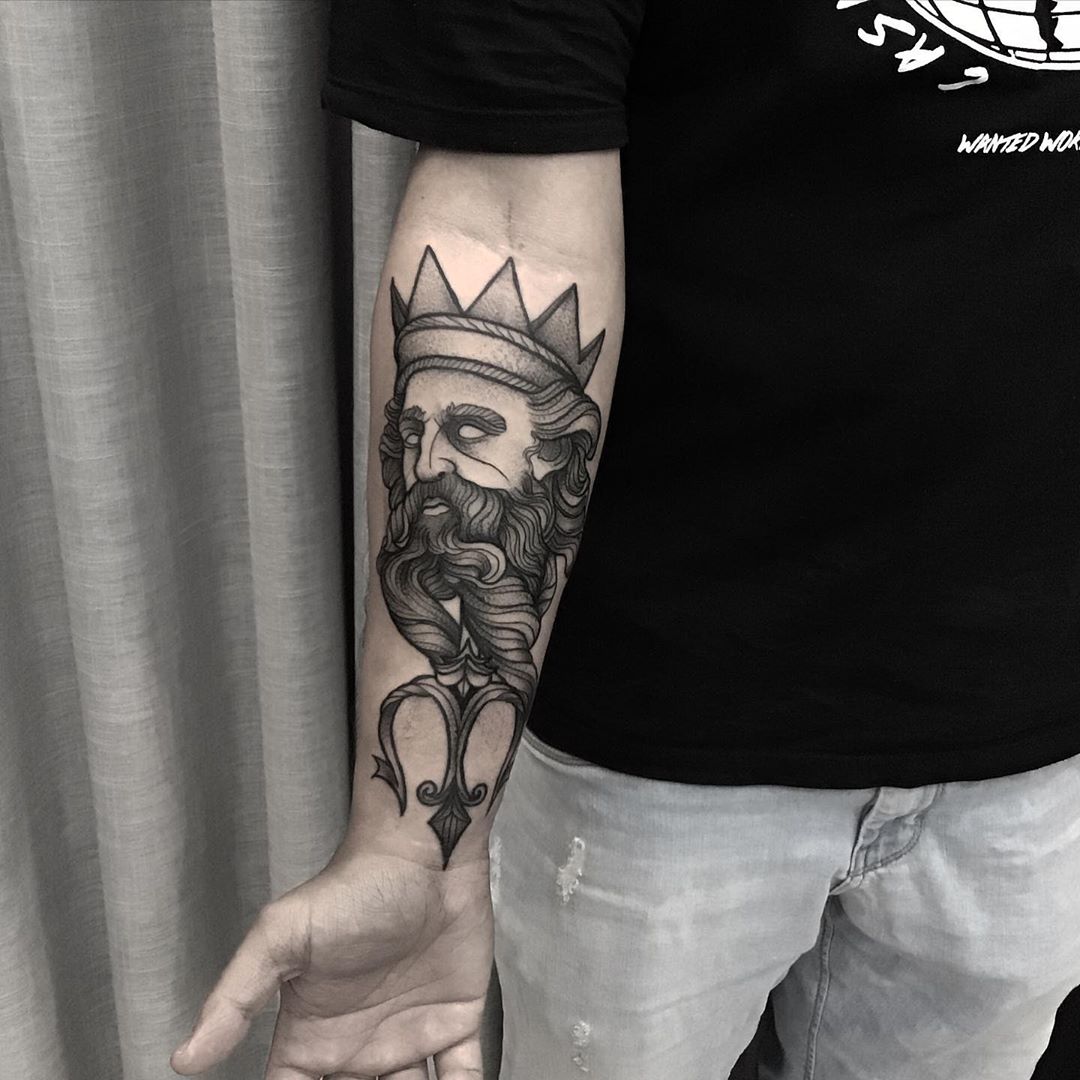 Poseidon, the Greek god of the sea, storms, earthquakes, and horses. Also considered one of the most temperamental and vengeful gods (hence the existence of storms).

According to mythology, Poseidon was the son of Cronus and Rhea, and (some believe) was swallowed by Cronus along with Hades, Demeter, Hestia, and Hera. Though others believe Poseidon, along with Zeus, were not swallowed but were hidden by their mother Rhea instead.

When the gods defeated the Titans, the three brothers, Zeus, Hades, and Poseidon played a game of chance to decide who would rule where; Zeus got the sky, Hades the underworld, and Poseidon the sea.

Poseidon is also the reason Medusa was turned into a monster, as he raped her in the house of Athena, who then turned her into the monster we know. Poseidon also famously wields a trident which, when banged on the ground was said to create earthquakes.

As a tattoo, Poseidon is most often tattooed in black and grey/realism. He is often depicted as only a head, or with his trident, sometimes along with storms, the sea, ships, or horses.

Which Poseidon piece is your favourite?

One thought on “Poseidon Tattoos:”