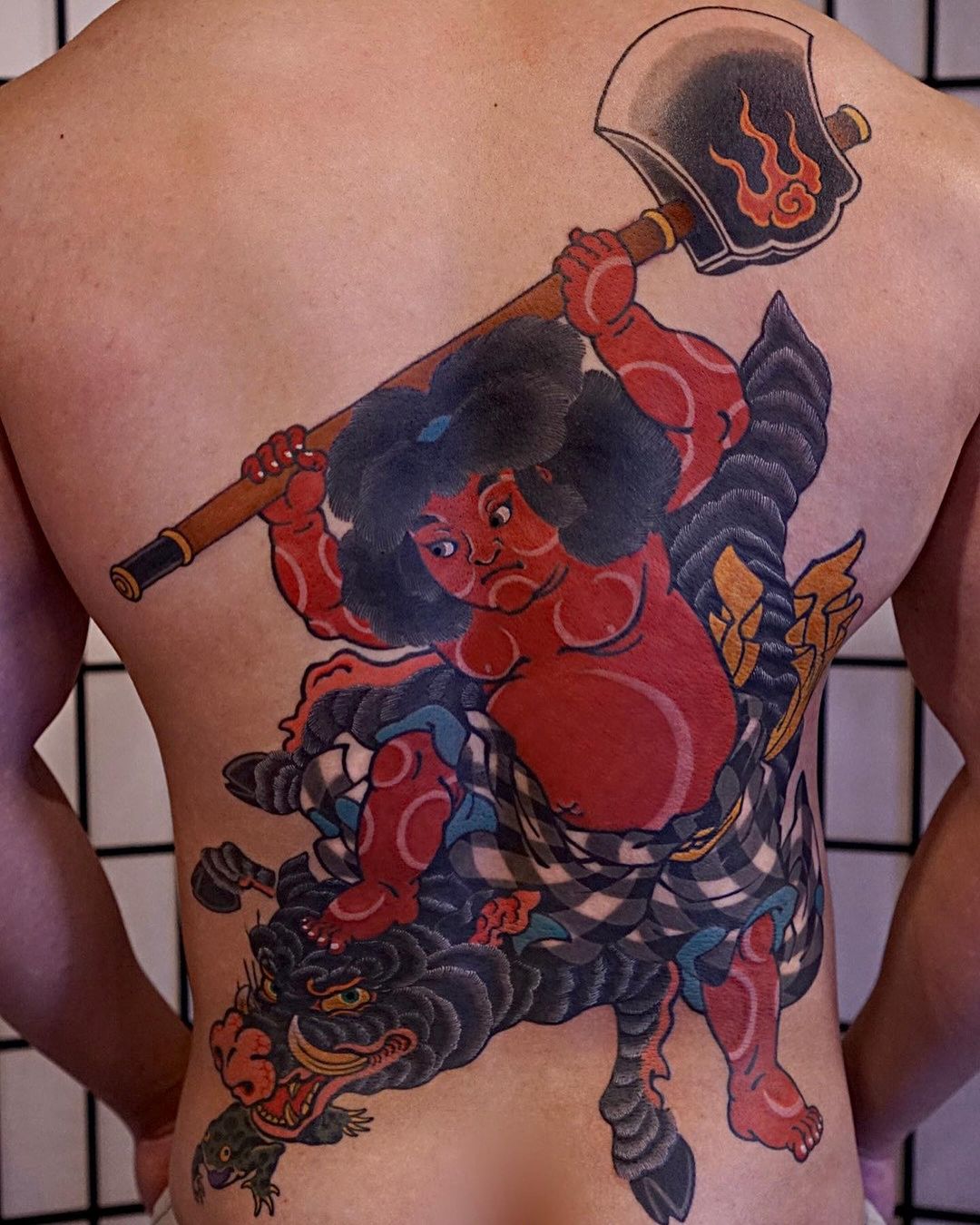 Despite being called golden boy he’s usually depicted as red-skinned. He is also always seen as quite a young boy, very muscular, squat, and usually either naked or covered by only a loincloth type material.

According to legend Kintaro was raised by an ogre in the mountains, and his feats of strength are just as well known in Japan as Hercules’ are in most Western countries. Kintaro defeated a bear and an eagle at the same time, uprooted a massive tree to form a bridge over a river, and most famously wrestled a giant koi fish into submission.

It is this last image of Kintaro wrestling the giant koi that is most often seen in tattoos. Utagawa Kuniyoshi most famously painted that specific image and made it popular for tattoo collectors.

Though Kintaro is a famous legendary figure, scholars believe he is at the very least based on a real person. The real Kintaro was most likely the son of Sakata Kurando, one of Emperor Suzaku’s bodyguards in the tenth century. Sakata’s wife Yaegiri was apparently a very beautiful woman, but when Sakata committed suicide after losing the Emperor’s favour, she took her son Kintaro to remote Mount Ashigara to raise him among animals, spirits, and mythological creatures. Here he gained powers of strength and was able to communicate with and control animals, and Yaegiri became a sorceress. Kintaro also eventually gained a powerful weapon, the very axe the god of thunder Raijin used.