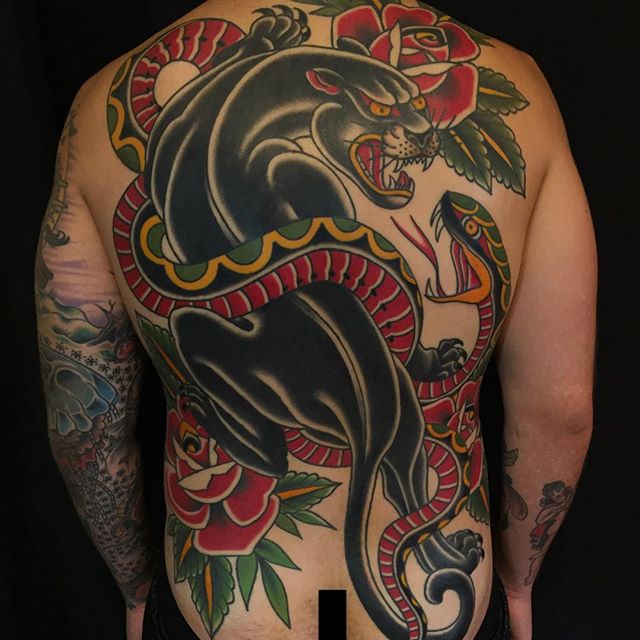 Panthers have been a staple in American traditional tattoos for a long time, but they can also be done in many other styles such as neo traditional, realism, black and grey, and new school.

Panthers are powerful animals, and make for a powerful tattoo. They can represent, power, strength, honor, wisdom, and beauty.

Panthers were most popular with sailors and prison inmates, up until the Vietnam war when they became popular with soldiers as well. Now they are more popular than ever as American traditional designs are still going strong.

Which one is your favorite?