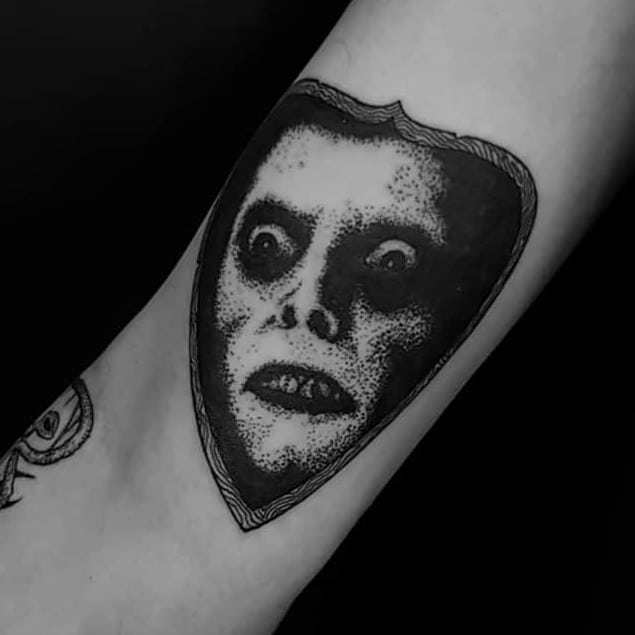 The Exorcist, directed by William Friedkin in 1973 is one of the most well known horror movies to date. In part because of the supposed curse, and the fact that it was the first horror movie to be nominated for a best picture Oscar.

The Exorcist is based off of the book written by William Blatty, which is in turn based off of a real event involving the exorcism of a boy known through the pseudonym “Roland Doe.” Catholic priests performed an exorcism on the boy but had to stop when he broke free of his restraints, pulled a spring out of the bed, and cut one of the priests with it.

Many people believe the film to be cursed, including people who worked on the set. Many accidents happened, including a fire that destroyed what was supposed to be the MacNeil’s home before shooting started (Reagan’s room was untouched by the fire); Ellen Burstyn (Reagan’s mother) was injured in a scene when possessed Reagan throws her, and the scene was used in the film; the actors Jack MacGowran and Vasiliki Maliaros both died while the film was in post production (both of their characters also die in the film); other actors also had family members die while the movie was being made; Linda Blair injured her back when the rigging broke during a possession scene, and she also received so many death threats from people who hated or were afraid of the movie that she needed hired body guards; the son of actress Mercedes McCambridge (the voice of Pazuzu) killed his wife and children before killing himself, and finally, many people believed the actual film itself was cursed and that playing it would invite demonic possession.

That classic scene where Father Merrin stands under the streetlamp was based on a series of René Magritte paintings, and was so well shot that it was made the movie poster (and is tattooed by many fans).

Other popular tattoos people get from the film include Reagan in her possessed form, Pazuzu, or a combination of any of these. Many people decide to get these tattoos in a realistic style, or old school or black work.

What is your favourite scene from the film?