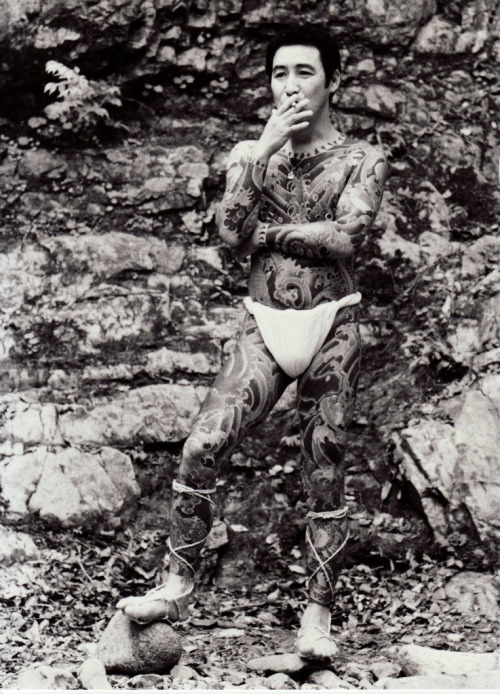 Artist of the Month: Horiyoshi III

Horiyoshi the third (Nakano Yoshihito) is a tattoo artist from the Yokohama area of Japan. He is a legend to many in the tattoo world, as well as an intelligent, thoughtful, and charming man.

His interest in the art of tattoos first started when he was 11 years old after seeing a tattooed man at the public bath, and developed further when as a high school student he found a book with illustrations and engravings of tattooed men.

At age 22 he got his first tattoo, a full back piece, from the great Horiyoshi II. He later became a pupil under Horiyoshi II at age 25, as he needed to learn more about the art in order to become a tattoo artist.

Horiyoshi III is not only an amazing artist, but has a full body suit done in traditional Japanese style, which took 12-13 years to complete. His tattooing is also large scale pieces, often full body suits, back pieces, or leg or arm sleeves.

Irezumi, or traditional Japanese tattoos are often associated with the yakuza (Japanese mafia), because members used to have intricate body suits to show their status. Horiyoshi III used to tattoo many yakuza members, back when tattooing was much less common than it is now, but says about 10% of his clients are still yakuza members. Yakuza members have actually started lasering off their tattoos, or hiding them more, as well as not encouraging new members to get visible pieces, because it is such an easy way to identify someone. Instead, Japan is slowly moving towards tattoos being more accepted and about the art again.

Horiyoshi III originally learned tattooing with the tebori method, or “tebori you no nomi”, which means “the hand digging tool”. This is a tool that is shaped like a stick, with needle points at the end, which is then dipped into ink, and jabbed repeatedly into the skin. It is a much slower way of tattooing than the modern machine now, but can still create intricate and detailed pieces of art. Horiyoshi III is also skilled with the tattoo machine, which he learned how to use later in life.

Horiyoshi III says there are four steps to the perfect tattoo. The drawing, outlining, shading, and finally colour. He then compares these steps to life. He says outlining is like planning your life, clarifying your ideas. That tattooing can be compared to life because every needle stroke counts, just like every second counts. That every line must be done with care, that life must be cherished.

What is your favorite Horiyoshi III tattoo?