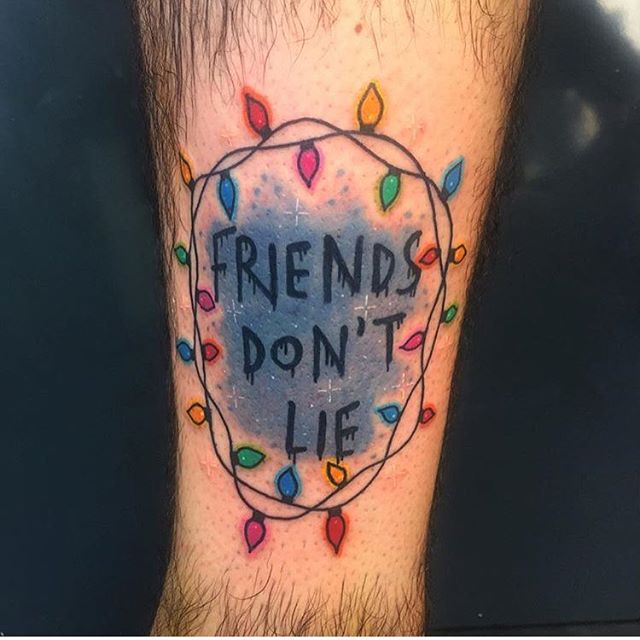 Stranger Things is the popular Netflix show that came out this year, 2016. Featuring a great cast of Winona Ryder, David Harbour, Finn Wolfhard, Millie Bobby Brown, Gaten Matarazzo, Caleb McLaughlin, Natalie Dyer, and Charlie Heaton, the show was an instant hit with fans. The show takes place in the 1980’s and pays homage to 80’s pop culture such as, Steven Spielberg, Stephen King, John Carpenter, George lucas, and others. The sci-fi horror show follows the disappearance of a young boy in a small town. The boys friends,brother, and mother, separately discover that something is wrong with the disappearance. A telekinetic girl named Eleven is found by the young boys, and helps them find their friend. Friendship, otherworldliness, and a need to belong are strong themes in the show, and make for great tattoos. Fun characters, an unpredictable plot, and a distinct nostalgic factor also make this show appealing straight away.

Considering the show has only been out a short while, the immediate fan base is quite strong, and of course, with that, comes tattoos. These next four are all done by pop iconography master Matt Daniels at Studio IX in Manchester, UK.

Which one is your favourite?