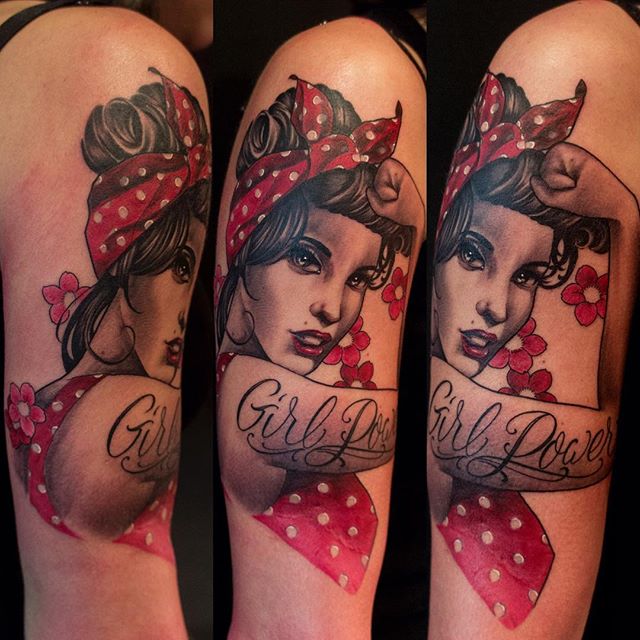 Pin-up girl tattoos have been a popular design since around 1890 when magazines started to feature photos of scantily clad women. These women were usually famous actresses or models. These images became even more popular during world war one and two when men went off to war and wanted to carry a picture of their sweetheart (or favorite actress) on their arm for good luck or as a reminder of what awaits them back home. Eventually these designs were seen as crude, but now men and women wear them with pride. Women in particular often get them as a sign of their feminist beliefs of empowering women.