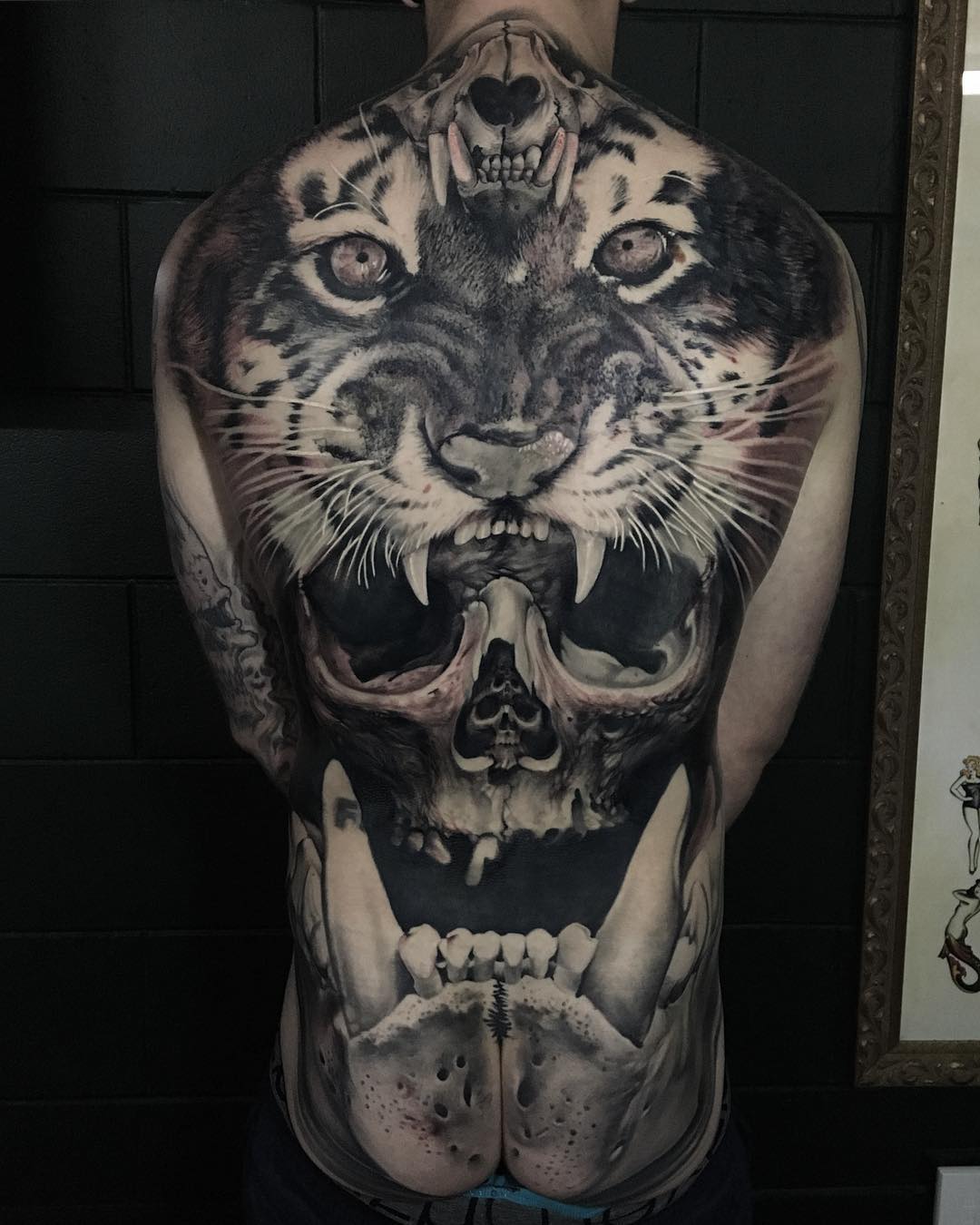 Tiger tattoos can also carry many different meanings. When done in an Asian style a tiger represents strength, courage, long life, and are also meant to ward off evil spirits, bad luck, and even disease. When done in a more Western style such as American traditional, black and grey, realism, etc.. the tiger is tattooed for its beauty, power, and intensity.

Tigers are one of the biggest predators in the world, and are a solitary creature, so are often seen as symbols of strength and resilience. Tiger tattoos are often done just as a head, but can also be done as a full body. Generally tiger heads are done in a more Western design, with a full body tiger being done in an Asian style, though both can be done in any style.

What is your favorite style for a tiger tattoo?